Back in the early 90’s, two guys dressed in suits came to my front door.

They were selling cookware. My wife and I had just been married and purchased our first home, and must have ended up on some “list” of newlywed first-time home buyers or something. 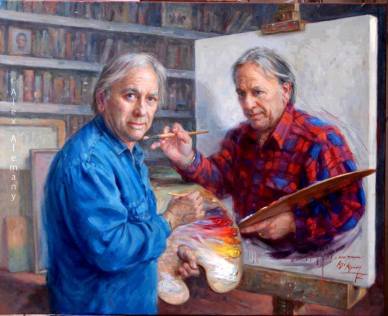 These two guys were complementary, and very magnetic, and asked for 20 minutes of my time.

I gave them the “my wife would really want to see this” line, trying to get rid of them but they cleverly worked their way around that objection and made it into the house on the promise of some vacation voucher they’d trade me for 20 minutes.

I was in my late 20’s and didn’t know a lot about sales or sales tactics (except for what I had gleaned from my one-day career at Electrolux years earlier), but these two guys quickly made me feel like they were my buddies.

I already had some cheapie brand of pots and pans and I didn’t need the top-of-the line stuff any more than a first-time golfer needs a $3,000 set of golf clubs.

I began to get uncomfortable after their 20 minutes was up and they had no intention of stopping. I had neither the money or the desire to buy this cookware and so I started giving them the body language. You know yawning, looking at my watch, looking around the room, inching toward the front door, all that stuff.

They they started asking the pointed “yes” questions. Stupid things like, “Do you care about poisons going into the foods you cook?”

“Would it be worth a few dollars a week if you knew you’d live longer?”

“When you have children, you’ll want them to have the best, right?”

The head doofus then takes out a sales contract and checks off a few boxes. Then he draws an “X” next to the “line which is dotted,” hands me the pen and turns the paper around so it’s facing me. And he shuts up.

He’s done everything to make me feel stupid if I don’t buy this cookware that I don’t want and I don’t need.

I can’t remember how I wiggled my way out of it that summer afternoon, but I did manage to get those guys out of my house without buying their cookware.

And I never got my travel voucher.

A few years later I was telling a funny story at a family picnic when my father-in-law Rudy told me, “Tommy, you should be in sales.”

Rudy was a salesman for a chemical company, and had raised a family of four daughter’s on a straight commission.

“No, really,” he insisted until he saw my discomfort, and then he never brought it up again.

You see, my opinion of “sales” and “salesmen” had been formed by the actions of those two cookware jackasses years earlier.

I remembered how they made me feel, how I felt about them, and I’d NEVER want to make a living like that!

To me, salespeople were pushy, dishonest, insulting, and made people feel angry and uncomfortable. That was my association.

Ironically (I suppose) I got into network marketing about five years later.

I hung out with some of the movers and shakers after that meeting. I liked them. I really liked the idea of calling my own shots, making my own hours, working with my friends, hanging out with people like these guys, and – oh yeah – having unlimited income.

I was 33 years old that night. I had unfinished business in my life. I had a need. I had a void to fill. And network marketing, which I had no pre-concieved notions about, seemed to be my answer. Clearly, now 16 years later, it was.

It’s funny, over those last 16 years, the attitudes I’ve seen in others when I suggest “taking a look” at my business opportunity. I can’t help but thinking back to the cookware boys. Maybe they got a “bad” experience, or a cheesy pitch, or an unfulfilled promise. I wonder if they had been made to feel awkward or uncomfortable in the past by somebody who unknowingly (or intentionally) came on too strong.

If you bother and harass your friends to join your network marketing business, they’ll think that they’ll have to bother and harass their friends if they join. And there’s no polite way for them to tell you that, so they’ll simply ignore you (even though they like you).

My outlook on network marketing is simple. We offer two things in our profession:

1) A chance for somebody to get a product or a service at a better price.

2) An opportunity for somebody to earn money (a little or a lot) part-time, on their own terms by owning their own business.

If a person that you’re talking with isn’t interested in those two things, then you’re selling me cookware in 1993.

I’m Glad I Drank The Kool-Aid!

7 thoughts on “Painting the Picture”